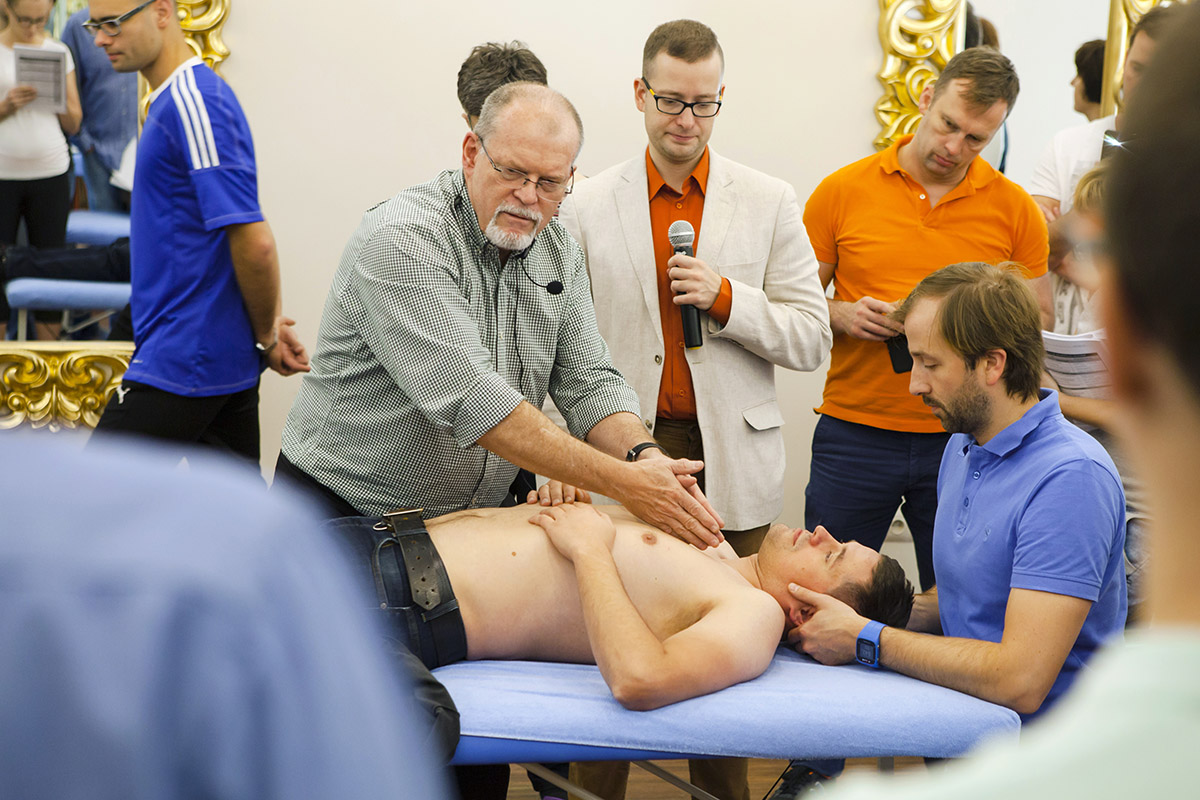 The Physio-Sport Center for Physiotherapy and Motor Skills, as the only center in Poland and one of several in Europe, has been training physiotherapists and doctors in this innovative concept of working with patients for 12 years. Kinetic Control introduces the concept of dynamic stability and muscle balance. They discuss in detail the movement system as a source of dysfunction and related symptoms. The functional classification of the muscle system is discussed along with typical patterns of dysfunction in the local (local) and global system. The main topic is the mechanism of motor control both segmental at the translational level and control of functional range of motion at the level of the whole segment. The concept addresses the problem of dynamic dysfunction (joint stability) by describing it as uncontrolled movement (‘instability’). Another problem with which instability is often associated is loss of control of range of motion (restriction=restraint). Both instability and lack of range of motion control have a direct relationship to pain and pathology. The differences between motor control and strength training (symmetric and asymmetric) are important. Use clinical guidance on when to re-educate motor control and when to introduce muscle strengthening-based training in regaining full function and movement control.

The diagnostic and movement assessment process is discussed in detail based on current research, scientific evidence and clinical literature. Mechanical population subgroups classified by pain and musculoskeletal system pathology are identified based on the current motor control assessment system. Clinical motor control tests accurately assess instability dysfunction. By understanding the principles of assessing and correcting motor control dysfunction, we are able to correct existing pathology. A clinical approach based on the practical application of current scientific research makes it possible to create individual therapy to correct mechanical movement dysfunction.

Current scientific research indicates that people with pain use completely different movement patterns than people without pain. Often people with the same pathology diagnosis use completely different movement dysfunction patterns. This can critically affect development, pain episodes and therapeutic management strategies, resulting in chronic complaints. Studies in the last 5 years have shown that Uncontrolled Movement (UCM) is directly related to pain and frequency of recurrence. Uncontrolled movement is diagnosed by a series of motor control tests that identify both the location and direction of uncontrolled movement.

This website uses cookies to improve your experience while you navigate through the website. Out of these, the cookies that are categorized as necessary are stored on your browser as they are essential for the working of basic functionalities of the website. We also use third-party cookies that help us analyze and understand how you use this website. These cookies will be stored in your browser only with your consent. You also have the option to opt-out of these cookies. But opting out of some of these cookies may affect your browsing experience.
Necessary Always Enabled
Necessary cookies are absolutely essential for the website to function properly. This category only includes cookies that ensures basic functionalities and security features of the website. These cookies do not store any personal information.
Non-necessary
Any cookies that may not be particularly necessary for the website to function and is used specifically to collect user personal data via analytics, ads, other embedded contents are termed as non-necessary cookies. It is mandatory to procure user consent prior to running these cookies on your website.
SAVE & ACCEPT
Go to Top